There are multiple sets of special codes used in amateur radio. You can find these codes in the tables below.

The Q codes have three letters each and all represent an entire sentence. The Q codes can be useful for faster communication. 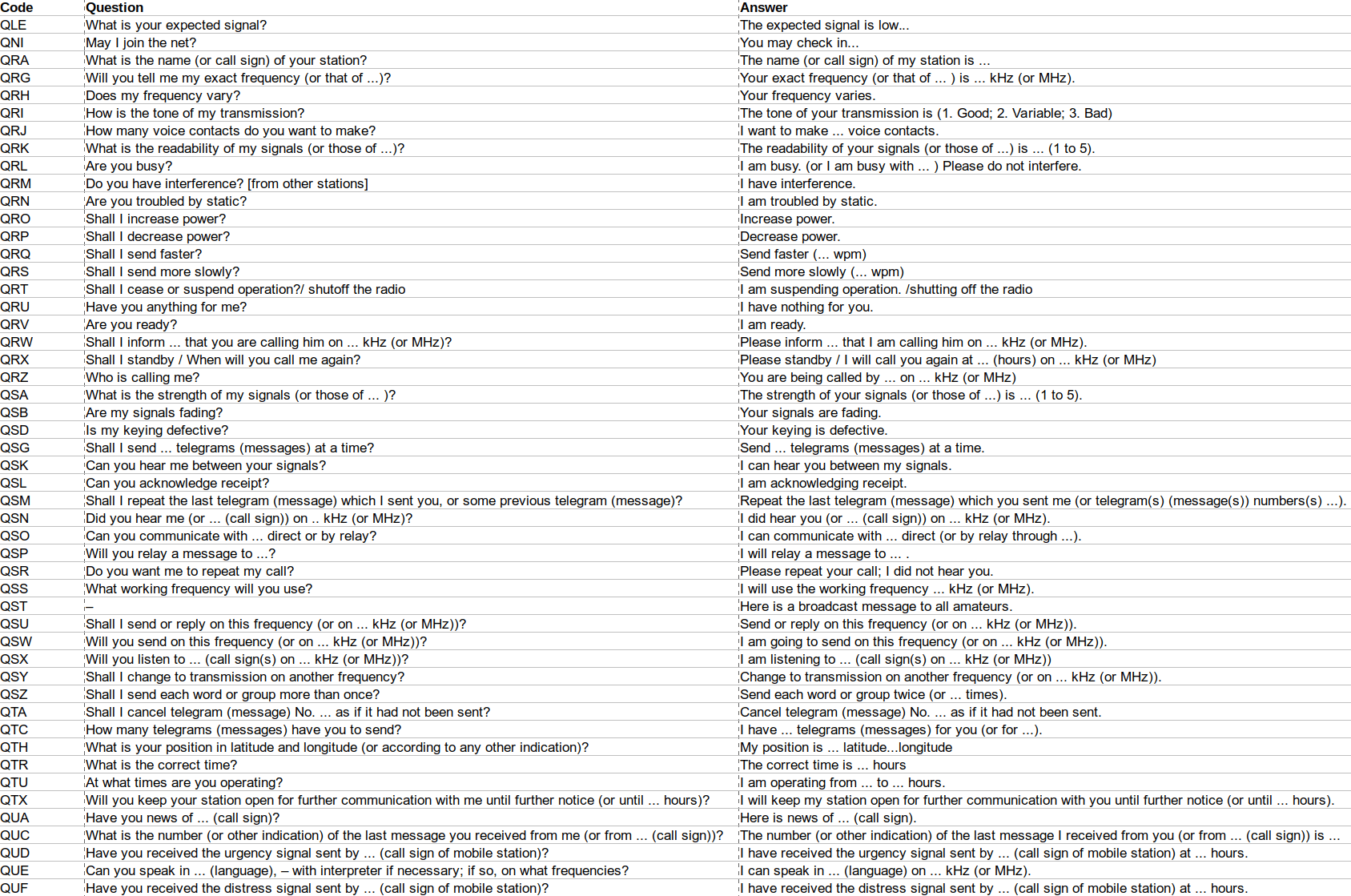 The 92 code or Wester Union codes is a series of numbers, each with its own meaning.

The CW abbreviations are used to shorten a message. There are many abbreviations for many different messages, many of these are rarely used. Most operators do not use these abbreviations as they can be difficult to understand. 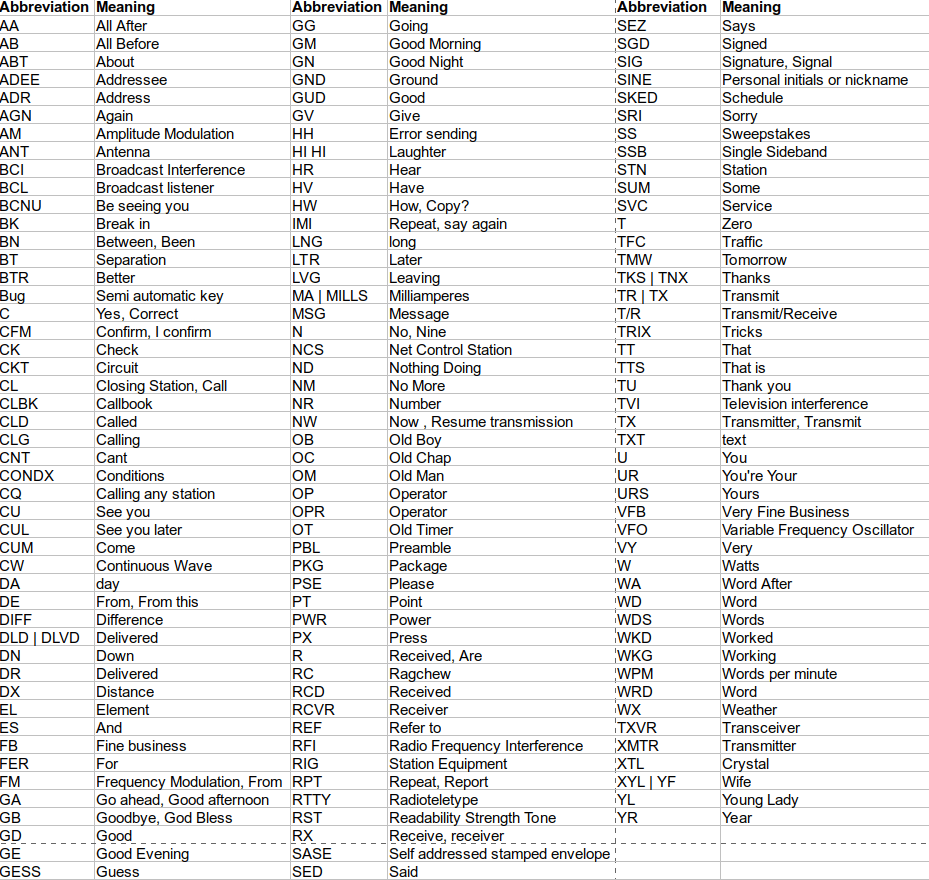 The NATO phonetic alphabet describes the pronunciation of the number one to nine and all letters in the English alphabet.

The morse code is used to encode text in a series of dots and dashes. Each character has its unique sequence, which can be sent over a radio signal.