An LED is a semiconductor that emits light. The light is emitted by the device when an electron combines with a hole. The color of the LED is determined by the size of the energy band gap. LEDs are made in many shapes and colors and are used in many consumer electronics as indicators.

LEDs are very sensitive for overvoltage, so it is very important to use a resistor in series with the LED if the supply voltage is higher than the allowed voltage. The resistance of the appropriate resistor can be calculated with the following formula: 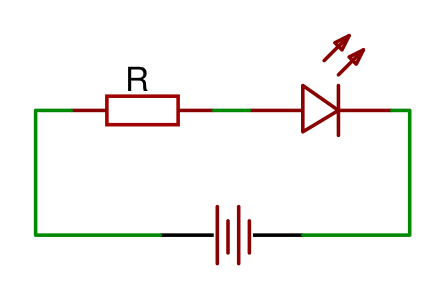