The resistance of resistors often follows the E series. The E series consists of the E3, E6, E12, E24, E48, E96 and E192 series. A higher number correlates to a lower tolerance and a higher precision. All standard resistor values can be found in the table below. 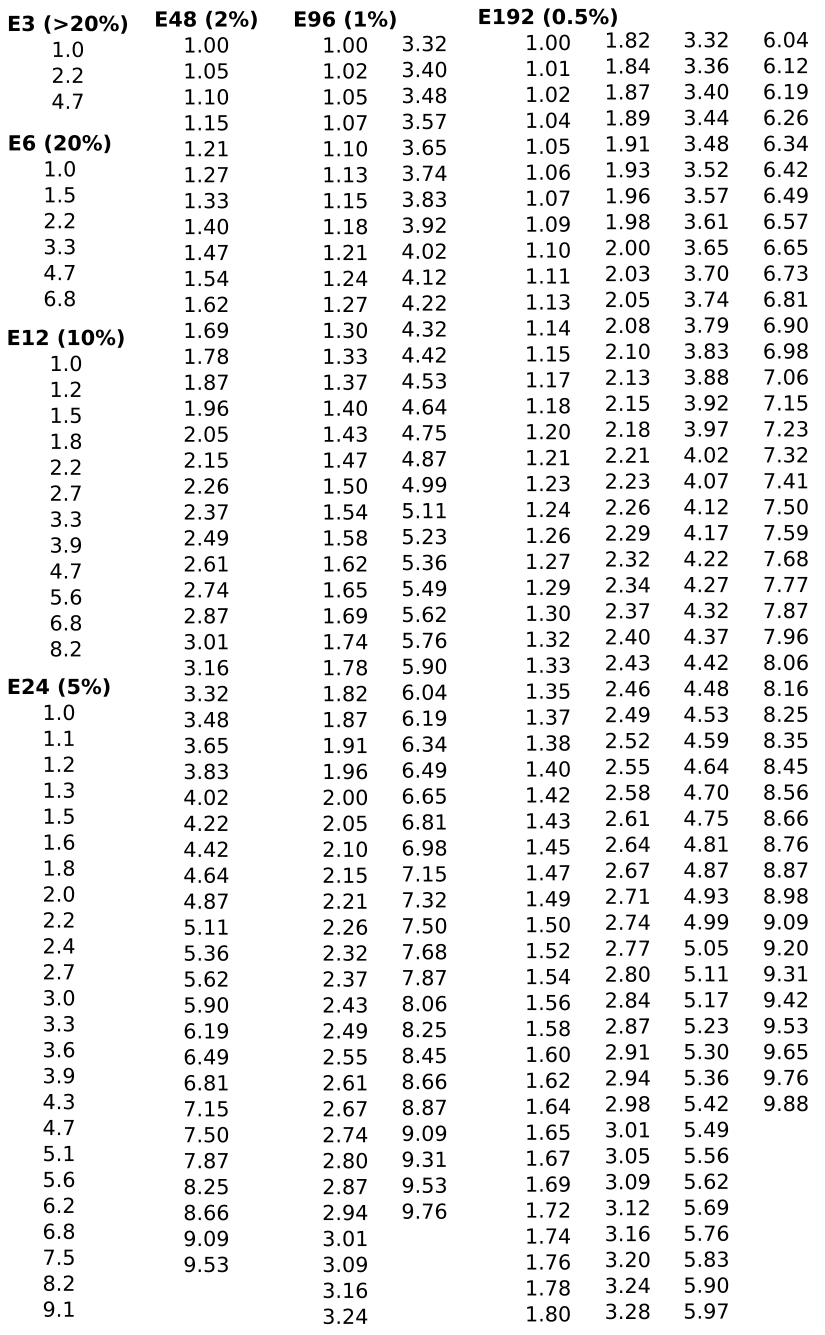 Bob needs a 250 ohm resistance and wants to use an E24 series resistor. What resistor should he use?